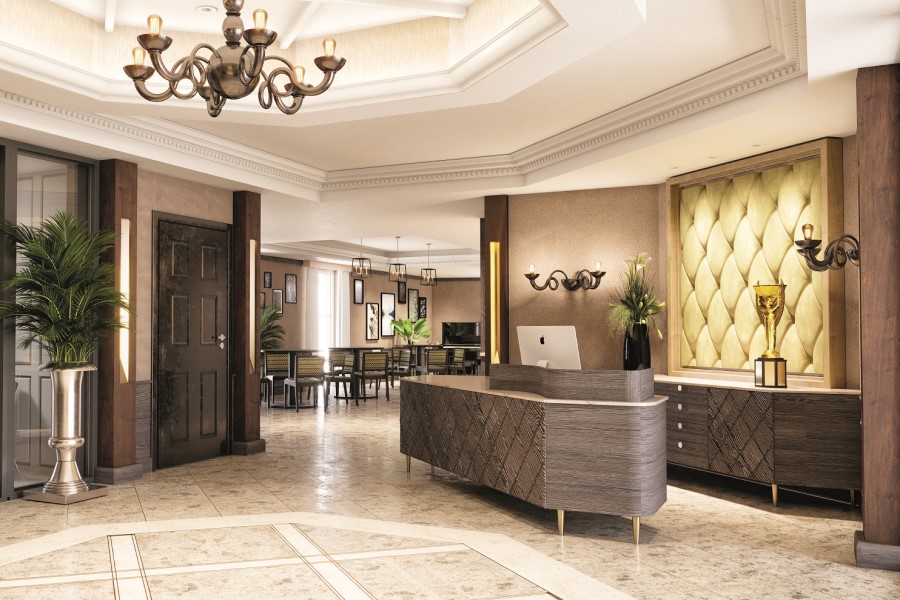 Signature Senior Lifestyle has revealed a glimpse of its conversion of the Grade II-listed Hendon Hall in north London to a luxury care home.

Signature at Hendon Hall will offer 100 apartments from studios to large one-bedroom apartments, with a variety of layouts, aspects and views.

There will also be a dementia care complex with 24 apartments, all designed in line with the Gold Standard Framework from Stirling University, which is specifically for those living with memory loss.

Amenities at Signature at Hendon Hall will include a café and restaurant, private dining room, boutique cinema, pub lounge and numerous seating areas for relaxing or socialising. There will also be a hair salon and spa.

Hendon Hall was originally built in the 18th century as the manor house of Hendon Manor. The property saw further use as a school before being converted to a hotel in 1911, housing the England football team prior to winning the 1966 World Cup.

“Behind its period façade, Hendon Hall has been revitalised with its original grandeur and classical features restored, complemented by a cutting-edge specification and five star amenities to provide industry-leading, award-winning care for residents,” said a Signature spokesman.

“Hendon Hall is set among sprawling leafy grounds including a terrace, patio and winding paths, providing a relaxing and secluded environment for residents to enjoy,” he added.

The marketing suite for Signature at Hendon Hall is due to open 23 June, with the home opening to its first residents in December.

“This is a truly unique home under development, combining the best of period features and grandeur with contemporary design, specification and award-winning care,” said chief operating officer Kay Cox.

“It will blend assisted city and country living to stunning effect, underpinned by unrivalled bespoke care, delivered by exceptional people, that Signature is known for,” she added.

Hancock to answer care home questions from MPs this week

BellaBe Design provide their services with integrity and creativity, delivering commercially driven interior design solutions to the senior social living market. From improving the cost effectiveness of tendering through to designing dementia friendly environments and ensuring projects are delivered to plan.
BellaBe Design covers all aspects...