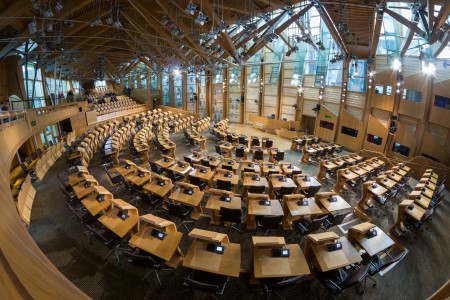 More than 80 per cent of care home residents in Scotland have been given their first dose of a Covid vaccination as of Tuesday 12 January.

“Between December 8 when we began national vaccination programme until January 12, we have given first-dose vaccination to just over 80 per cent of care home residents and 55 per cent of care home staff, just under 52 per cent of frontline NHS and social care staff and in the eight days since 4 January just over two per cent of those aged 80 and over living in the community, a programme that is scaling up rapidly from this week,” Scottish health secretary Jeane Freeman told MSPs in a statement at Holyrood.

“By the first week in February, we will complete 100 per cent first-dose vaccination for all those groups,” she added.

Freeman said 191,965 people in all have received their first dose and 2,090 their second dose of the vaccine.

A further 155,025 doses of the Pfizer vaccine and 42,100 of the Oxford/AstraZeneca vaccine are either in transit or storage, she added.

Scotland will take delivery of the Moderna vaccine by the end of April, Freeman continued.

As experts in Wireless Nurse Call Systems, and in particularly call bell systems for care homes, we’ll work closely with you to understand the unique nurse call needs of your care home(s). We’ll provide a tailored nurse call solution that allows residents to feel safe and provides key cloud reporting data to aid you in your role of managing a safe...