Care England: ‘localism does not work’ 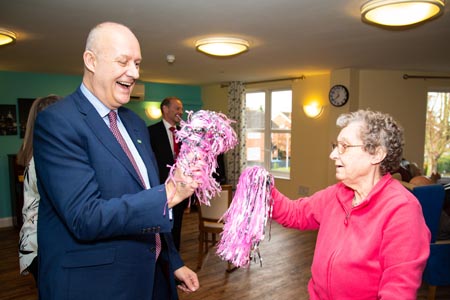 Local government should no longer be responsible for funding adult social care provision and citizens should be funded directly according to Care England, the country’s largest representative body.

“In the last 28 weeks we have seen unprecedented amounts of money going into social care – nearly £4 billion. However, because of the way in which that money has been delivered it has not reached the front line and it has not made the impact on care services it could have done,” he added.

“The good intentions of government to put more money into social care were thwarted by the way in which it was delivered by local authorities.”

The Care England chief said that the country cannot afford to have some social care funded as “an afterthought” by central government and other provision funded by local authorities.

He added: “I want to take local authorities out of the care space and I want to make sure that money is delivered directly to citizens so they can make informed choices about how they spend that money.”

Green (pictured) said current levels of care funding by the public sector are “completely inadequate” called for a “radical review”.

“It is unacceptable for local authorities to be commissioning care at £500 per week, about £3 an hour. This is not going to sustain a properly funded service,” he added.

Green meanwhile issued a rallying call to the care sector to “fight” to make sure it achieves lasting reforms in the aftermath of the pandemic.

“When the Covid crisis starts to plateau, there will be attempts to put social care back to where it was. We have to come forward with a range of ideas about the future and we have to think strategically about how we’re going to recraft social care to be fit for purpose in the 21st century.”

Green also called on the government to implement an infrastructure fund, which would help deliver new care investment and ensure the sector is more resilient to respond to future health crises.

In addition, care staff should be given more funding for staff training and more done to raise the status of carers.

“We can no longer afford to see social care as something funded at living wage levels. It must be seen as a career with proper salaries and remuneration packages, with skills frameworks aligned with the NHS."