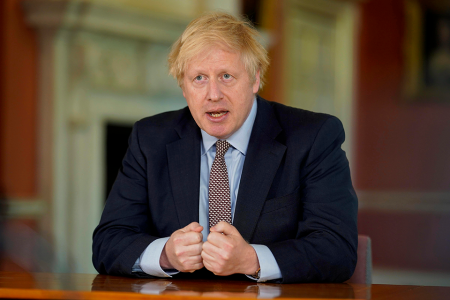 Prime Minister Boris Johnson has come under fire from the care sector after saying care homes did not properly follow procedures during the Covid-19 outbreak.

Responding to calls by NHS England for the government to introduce social care reform within a year, Johnson said “too many care homes didn't really follow the procedures in the way they could have".

The pandemic has led to the deaths of around 20,000 care home residents in England and Wales.

Many in the sector have criticised government guidance in the early stages of the pandemic that saw thousands of hospital patients discharged in care homes without being tested for the coronavirus.

"There will be a lot of people within the care sector who feel that their efforts have gone unrecognised and who I think will feel rightly aggrieved that all the hard work and enormous effort they've put in hasn't been acknowledged," she told BBC Newsnight.

Independent Care Group chairman Mike Padgham meanwhile accused of Johnson of playing the “blame game” and said it is “wrong to criticise care and nursing homes at this time”.

“It is worth remembering that in February the government agency Public Health England told homes it was ‘very unlikely that people receiving care in a care home will become infected’ and that homes didn’t need to do anything differently,” he added.

“It was many weeks later, after most homes had already put themselves into lockdown, that the advice changed.”

Community Integrated Care chief executive Mark Adams said Johnson's comments were "clumsy and cowardly", while shadow care minister Liz Kendall said the sector had been “abandoned” by the government. “This attempt to shift responsibility is a new low,” she told the BBC.

"The announcement that care homes were in some way to blame for the scale of deaths is an absolutely abhorrent and disgusting attempt to shift the blame and responsibility onto those who have been fighting this vile virus with one arm tied behind our backs," he added.

Business Secretary Alok Sharma later defended the Prime Minister, saying "care homes have done a brilliant job throughout this pandemic in terms of dealing with the whole issue around the coronavirus.”

“What the Prime Minister was pointing out is that nobody knew what the correct procedures were because we know that the extent of the asymptomatic cases was not known at the time,” he told BBC Breakfast.