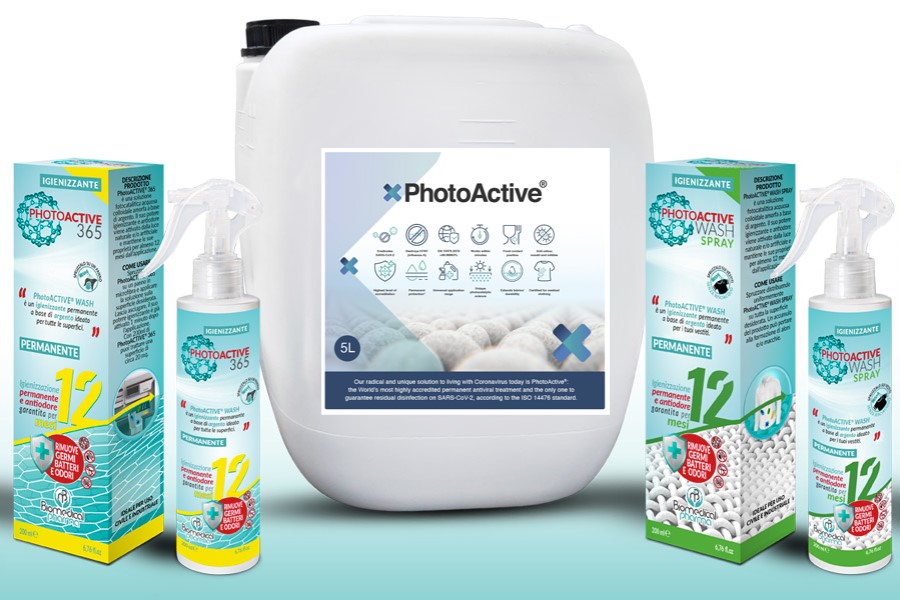 A new product range, PhotoActive®, has been launched in the UK to tackle healthcare-associated infections (HAIs) in care homes.

PhotoActive® was developed in Italy in 2007 as a hard surface anti-viral sanitiser but, in conjunction with The University of Siena, the first organisation to isolate the SARS-CoV-2 virus at the start of the pandemic, new formulas have been created for textiles and soft surfaces. PhotoActive® can be applied in several different ways to provide permanent anti-bacterial and anti-viral protection for care home staff and residents alike.

The new product can be added to laundry at the low temperature of 40˚C and does not require any form of bleach-based additive. The protection from one wash will last for >70 washes thereafter and PhotoActive® also sanitises the laundry equipment.

The same preventative method can be applied to bed linen, which is important as SARS-CoV-2 can survive on cotton for up to 24 hours, polycotton for up to six hours, and some synthetic fibres for up to 56 weeks. PhotoActive® is anti-viral, anti-odour, anti-mould, and anti-mildew, and extends the life of fabrics as demonstrated by exhaustive Martindale tests.

Recontamination can be further stopped by applying Photoactive® to any hard surface. One treatment by HVLP spray will deliver a full year’s protection.

Extensive testing enables PhotoActive® to be referred to as the world's most highly accredited permanent antiviral treatment. PhotoActive® is the only formula that guarantees residual disinfection on SARS-CoV-2, according to the ISO 14476 standard.

Andrew Pearson, PhotoActive® marketing director, said: “For those care home operators who have commercial laundry suppliers providing linen and apparel services, Photoactive® is now available for inclusion in your laundry service. Photoactive® should be included in the whole of your linen and apparel care system, including those items washed under your control. However, staff should be encouraged to use this as an additive for their own home washing of clothing items for work, and the washing of care home residents clothing.”