Surrey care leader steps down after 48 years in industry 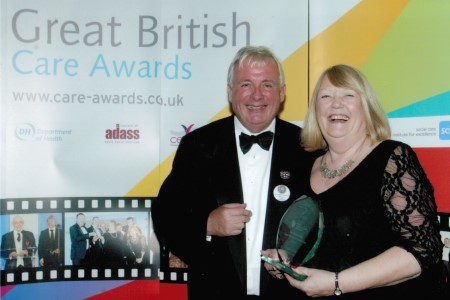 Erica Lockhart, chief executive of the Surrey Care Association (SCA), is to retire at the end of March following 48 years of service to the care industry.

During that time, Lockhart (pictured) helped found the SCA in 2005 to act as a voice for independent Surrey care providers, providing a link between public sector bodies and those offering frontline care services.

Initially qualifying as a social worker in Newcastle in the early 1970s, Lockhart’s career progression saw her make her way to Surrey in 1984 in a senior role in social services, and in the intervening years she has taken on a variety of high-level posts, staying in the county ever since.

The SCA represents more than 200 care providers within Surrey and has more than 400 individual members.

During the coronavirus pandemic, the association has played a pivotal role in helping to translate government guidance for local providers.

“After 35 wonderful years in Surrey, 15 years of which have been spent heading up the SCA, I feel now is the time to step down and allow for someone else to take up the reins,” she said.

“The last 12 months have been among the most challenging we’ve ever experienced as a sector, but they’ve also been some of the most rewarding. With social care in the spotlight like never before, now is the time to take advantage of that fact, to broaden our horizons and help us continue to grow and expand on the enhanced recognition and appreciation for the vital work we do.”

SCA chairman Simon Carter added: “Erica’s contribution over the years has been absolutely tremendous. She’s helped develop the SCA into a voice of authority for care providers, working hard to support them and put forward their concerns, while also championing their triumphs and successes.

“Her shoes will be incredibly hard to fill, but, whoever it happens to be, has a wonderful example to follow in Erica who has left an outstanding legacy for them to build upon.”