The challenge of meeting local demand for care 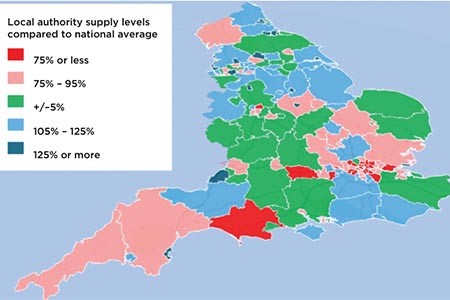 If we cannot match local supply to local demand for elderly residential care, many people will continue to be cared for miles away from the area in which they lived, says Mike Short, founder and director of CSI Market Intelligence

Those who are interested in football, and in particular of watching Jeff Stelling on Sky Sports, may remember his (very articulate) live Saturday afternoon onscreen rant a couple of years ago during which he defended Middlesbrough, the city that had been placed at the top of the table as the worst place to live in England. In fact, Middlesbrough also tops another league table – that is in relation to the huge variance in the provision of care home beds across the country.

In 2014, my report entitled ‘Wanted: 260,000 Care Home Beds’ described how the growth in the elderly population over the next 20 years would lead to this level of increased demand. The subsequent annual report ‘Say Hello, Wave Goodbye’ concludes that, rather than adding beds, we have been losing them. A quarter of the way through that 20 year period, England has lost about 9000 beds rather than adding what equated to about 65,000.

During that same period, the numb